There’s something quite special about wearing a perpetual calendar watch from Patek Philippe, or any perpetual calendar watch for that matter. It relieves its owners of the arduous task of having to adjust the watch to account for the inconsistencies of the number of days in a month. Helpfully, it also displays the current day and month, and also the date and phase of the moon. It is almost as if there is a microprocessor inside the watch. 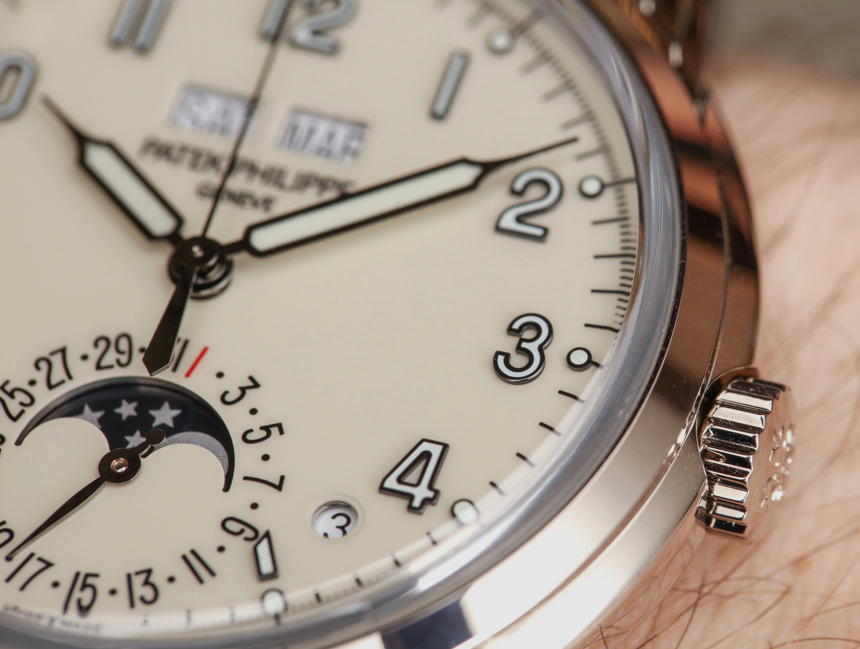 Starting with the case, 40mm in diameter Patek Philippe fake watches and done in white gold. Personally, I feel that 40mm really is the sweet spot, in my opinion, and the Patek Philippe Ref. 5320G appears neither too bulky nor too dainty on the wrist. The case has many elements worth talking about and the design seems to have been influenced by the Ref. 3449 perpetual calendar from the ’60s. For example, the bezel and lugs are stepped, which adds more visual appeal to the case, and not to mention complexity in construction and finishing. The stepped lug concept, in particular, is an interesting touch that is seldom seen on new watches.

The construction of the entire case is also quite unusual in that it is stamped from a block of white gold and then machined down and finally finished with a mixture of machine and hand-finishing. Stamping in metalworking is often thought of as a low-cost process, but the final product that we see here is as well constructed and finished as any other high-end Patek Philippe watch that I have seen. In fact, if I hadn’t volunteered this piece of information to you, you probably would never have known that the case was stamped. 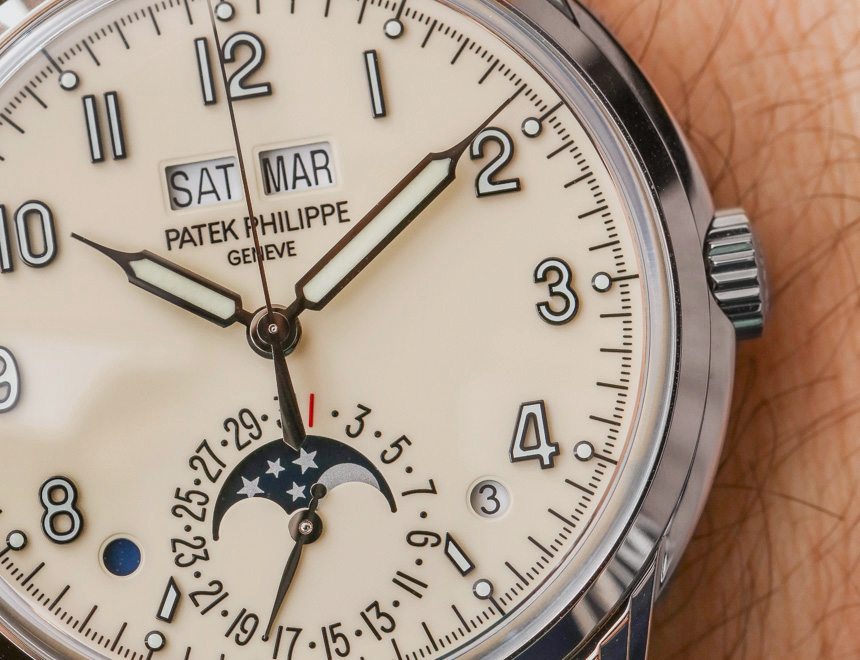 Unfortunately, despite being made from a single block of gold, water resistance is still rated at just 30m. Though not necessarily a deal-breaker for this kind of watch, a higher water resistance would have been welcomed, especially for folks who are less careful with their watches around water. The last thing you want is to damage your precious Patek just because you were a little careless while washing your hands.