This Advanced Research model came along in 2011 with perfect fake Patek Philippe Reference 5550: this perpetual calendar debuted another new component in the critical subassembly called the GyromaxSi upon the sixtieth anniversary of the original Gyromax balance. The science-fiction-like part offers a lightweight Silinvar body structure with two 24-karat gold rims and four gold poising screws, which make individualized precision regulation of the rate possible.

The combination of all three silicon components now made for one solid subgroup warranting a total of 17 patents: Patek Philippe’s Oscillomax. The object of all the research and development that has gone into Oscillomax is accuracy and dependability – characteristics very achievable with the use of silicon. 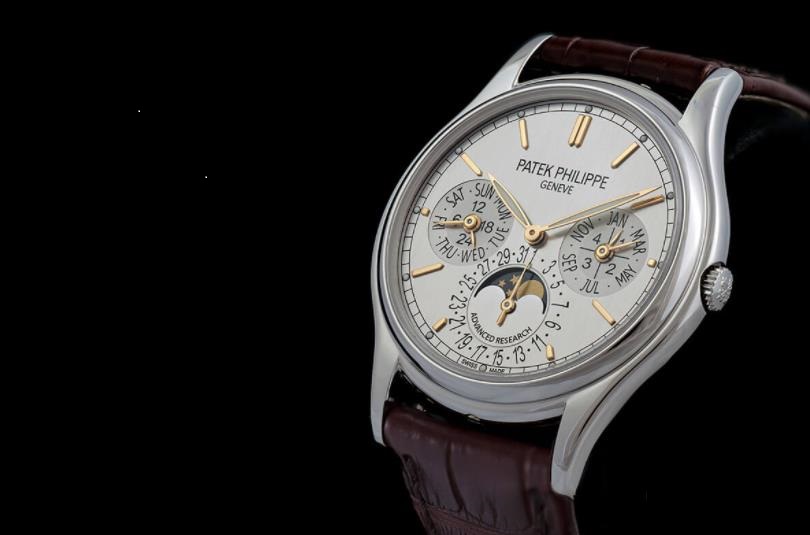 At this edition’s launch at Neuchâtel’s CSEM in April 2011, previous Patek Philippe president Philippe Stern (his son Thierry is now president) announced that the silicon Spiromax balance spring would henceforth become the new standard for and be gradually added to all future Patek Philippe calibers.